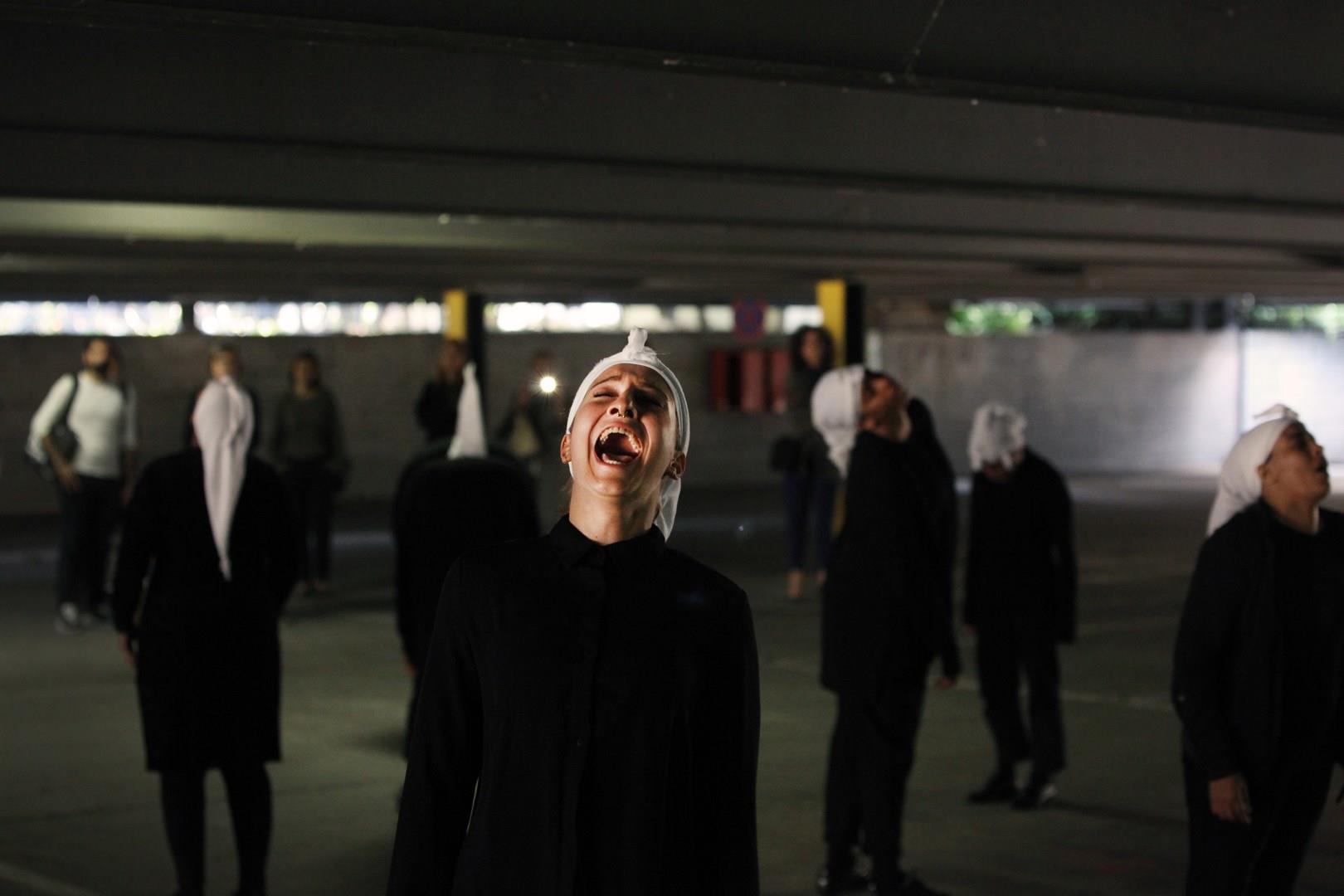 Read more
Glad to have the opportunity to perform in the Berlin version of this fantastic work!
The Moroccan choreographer Bouchra Ouizguen teamed up with Corbeaux, meaning raven or craw, and developed a performance specifically designed for public spaces. After having been performed in Marrakesh, New York, London, and Paris, the performance will be specifically adapted for Berlin. The project focuses on singing and choreography and will start out with a workshop for a group of Berlin-based women. Together, they will develop a living sculpture: wearing black robes and white headscarves, they will move through the city in silence, only in order to then disrupt the silence through jerky movements and screams. In continuous repetitions and modulations, they will traverse various trance-like collective movements and sound expressions that rise increasingly and ultimately culminate in a primal scream. Inspired by their liberated and wise image of the role of women and femininity’s societal meaning Ouizguen will draw from old Moroccan rituals in order to create an intimate experience.
Location: Theodor-Wolff-Park (Outdoor) / 22.6., 18:00
Location: Parking deck Hallesches Ufer 60, 10963 Berlin / 21.6., 18:00 + 22:00
More INFO
Photos by Dorothea Tuch 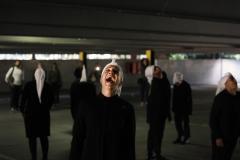 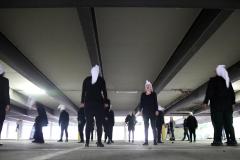 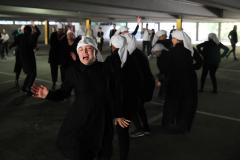