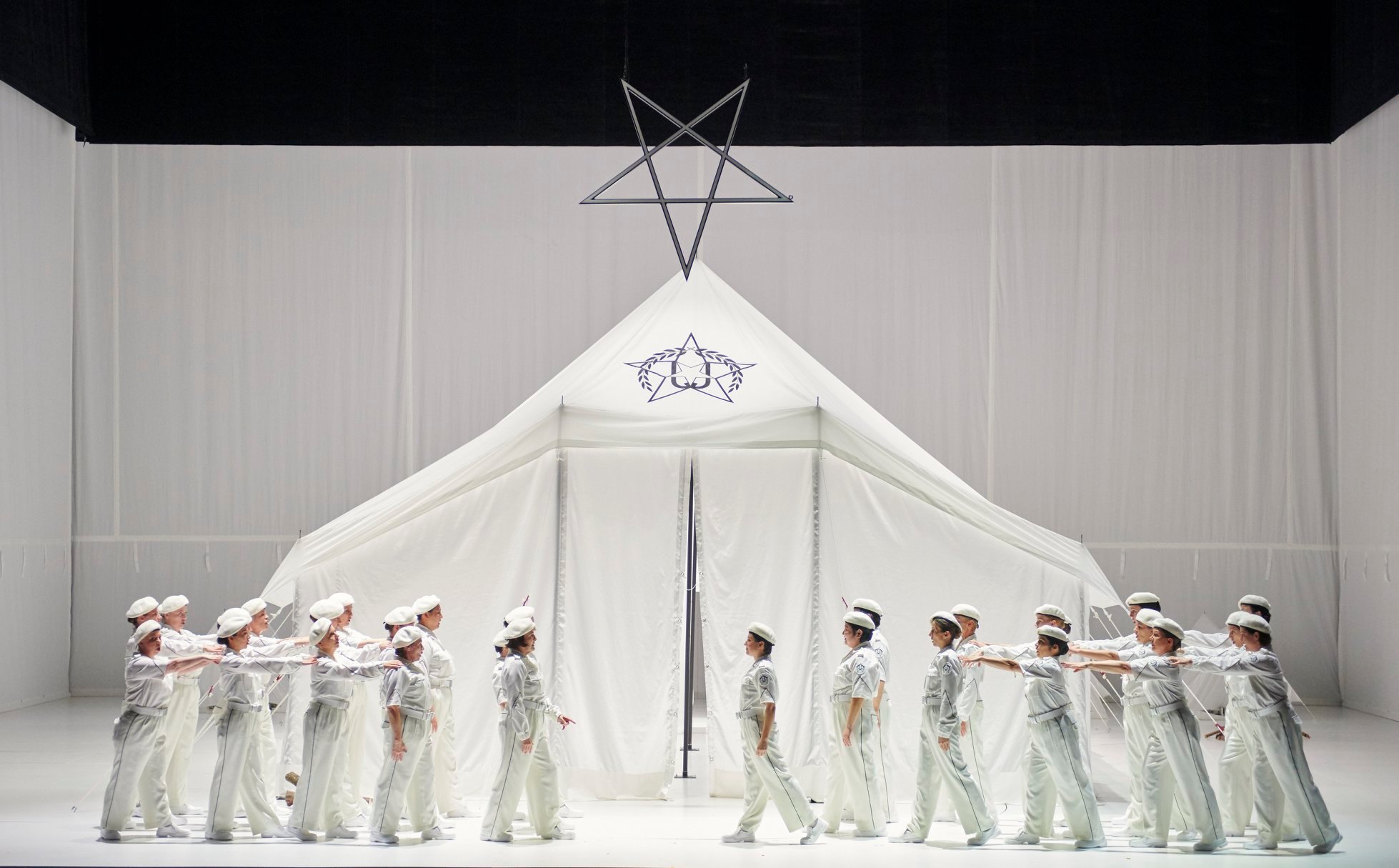 Few myths of occidental culture have been dealt as obsessively as that of the radiantly beautiful Hebrew widow Judith, the gagging angel of her people. She cuts off Holofernes head with his own sword. An icon of resistance, a martyr damaged in body and mind or an erotically charged proto-Salome – many different Judiths have emerged over the centuries in visual arts and drama. They were used as comparison for historical assassins, from Charlotte Corday, murderer of Jean Paul Marats to the RAF terrorist Ulrike Meinhof. Antonio Vivaldi’s Latin oratorio Juditha Triumphans devicta Holofernis barbarie was first performed in Venice in 1716 after Corfu’s liberation from the Ottoman siege. So the music created an allegorical expression of the military self-confidence of the republic. Vivaldi composed the colorful work for the Venetian girls’ orphanage at the Ospedale della pietà, where, hidden behind bars and gauzes, only young women played and sang. Paradoxically, Judith’s use of force against the general Holofernes can also be reported outside of gender differences. The young Italian Silvia Costa approaches the baroque re-narrative with the arsenal of fine arts. With the question of under what circumstances politically motivated aggression can be advocated, she focuses her staging of the Judith myth on the schizophrenia of seduction and destruction. 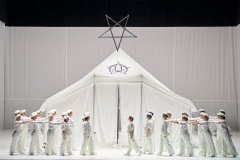 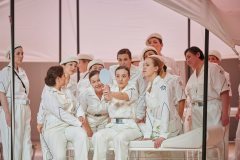 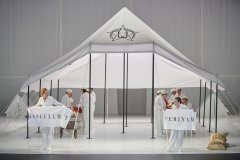 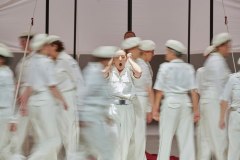 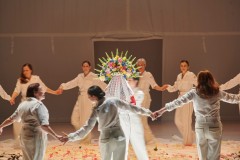 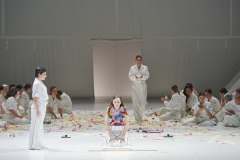 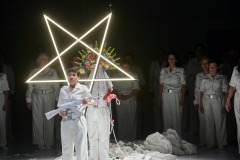 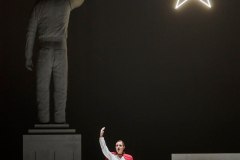 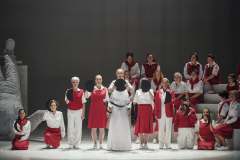 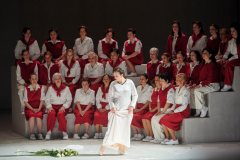 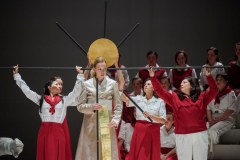 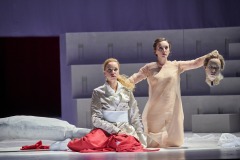 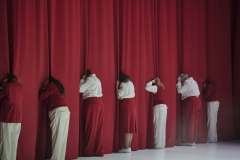 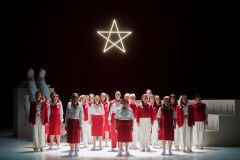