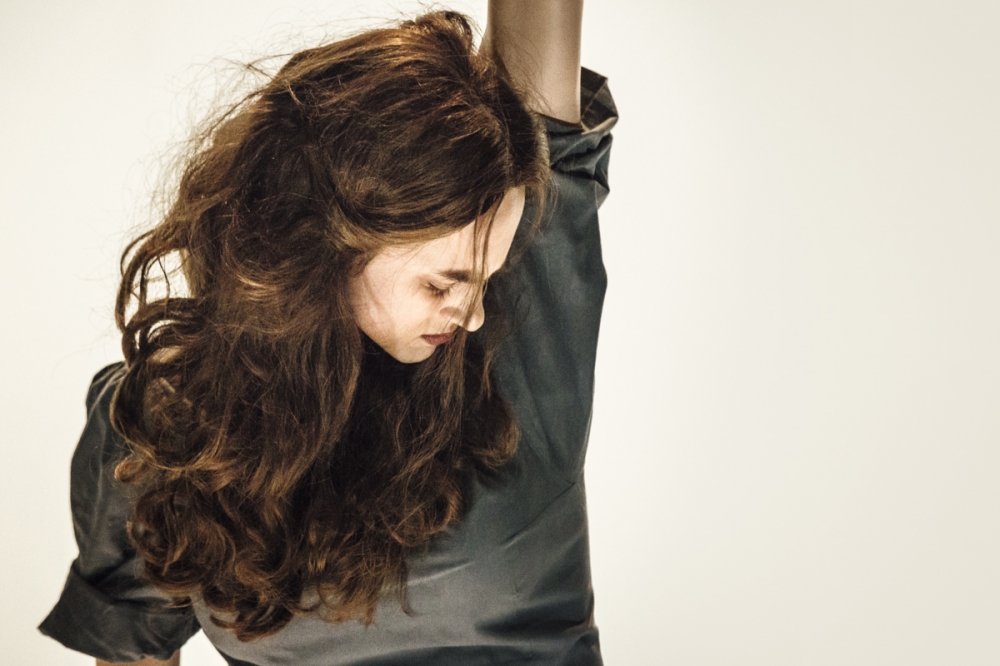 Guest performance during FIND Festival 2016 at the Berliner Schaubühne

Italian theatre-maker Romeo Castellucci, who has already worked with the Schaubühne ensemble several times, is presenting an installation with his Italian group Socìetas Raffaello Sanzio as part of FIND 2016. The work premiered very recently, in March 2016. A woman is hanging from a steel cable high above the ground. When we look more closely, we realise she is only holding on by her left forefinger. At any moment she could take a fatal tumble into the void. And yet the woman does not seem to be distressed or panicking. Instead, she appears to be fully in control of the situation and of her own fear – as if a fall were not imminent, as if she can float and at any moment powerfully launch herself upwards. A dog saunters through the crowd which is standing watching events from the ground below her. The animal roams aimlessly, freely and randomly through the scene, slipping through the legs of the spectators. And miaows. A dialogue arises between the cat-dog and the suspended woman. It turns out to be a conversation between a television camera and the light – and is about an increasingly clear realisation: they are all the product of the audience’s inner vision. The installation is based upon Ethics by Baruch de Spinoza (1632-1677), the second chapter of which, like Castellucci’s work, is entitled »Of the Nature and Origin of the Mind«. In it, the philosopher investigates the nature of higher thinking and the impact of the mind which forms reality for itself: whoever thinks is at one with reality. 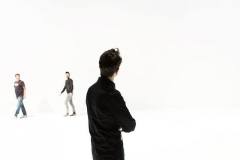 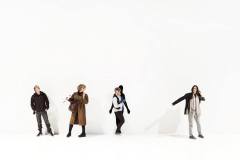 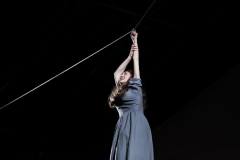 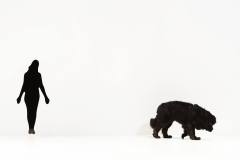 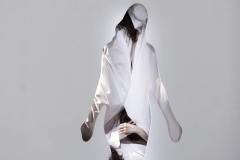 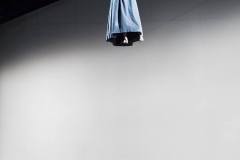 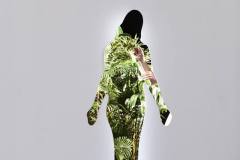 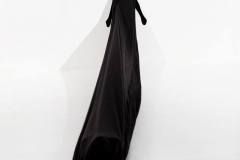 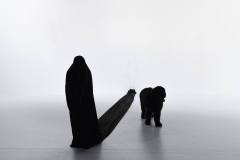 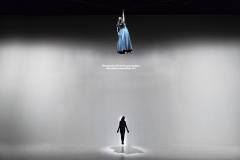