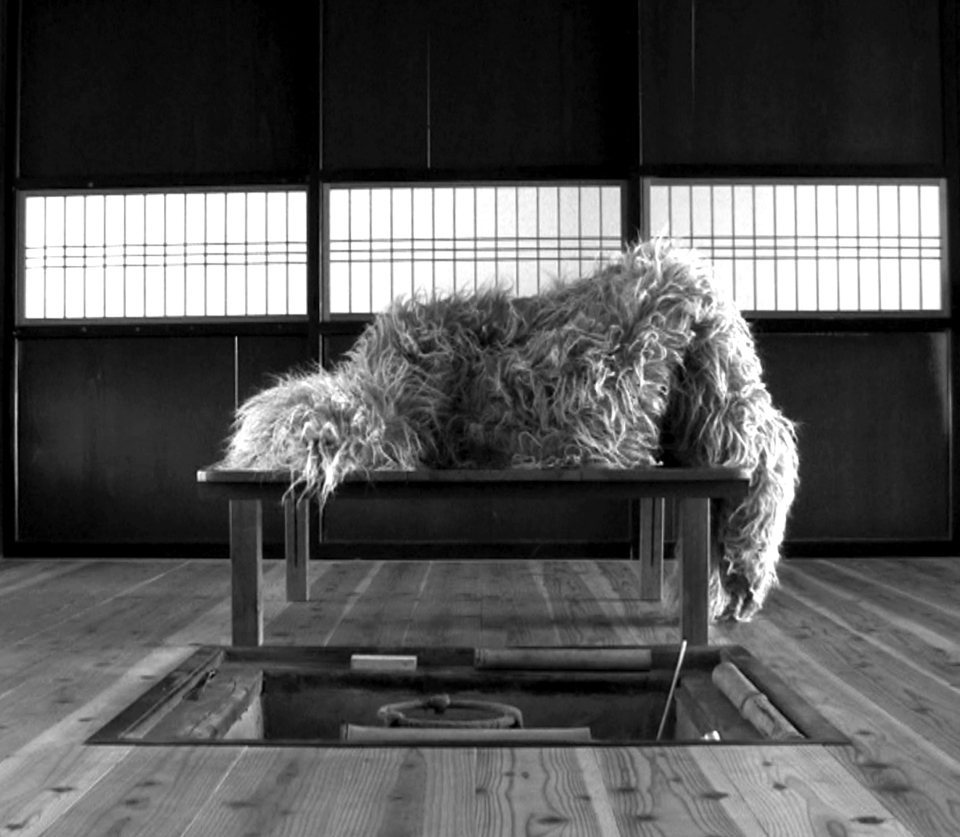 THE QUIVER MADE OF FLESH by Catarina Miranda

Presentation of 2 solos conceived by André Soares and Catarina Miranda created from a personal research about the occupation of spaces through processes of transmutation. Event supported by Dock11, Flocks&Shoals, In white Out, Soopa Collective.

No Animal is dissatisfied … “I think I could turn and live with animals, they are so placid and self-contain’d, I stand and look at them long and long. They do not sweat and whine about their condition, they do not lie awakehe dark and weep for their sins, they do not make me sick discussing their duty to God, not one is dissatisfied, not one is demented with the mania of owning things, not one kneels to another, nor to his kind that lived thousands of years ago, not one is respectable or unhappy over the whole earth.” (Walt Whitman, in “Song of Myself”)

This solo performance is a eulogy to poetry. The human known body is dissolved by hybrid and zoomorphic bodies and the “unspeakable” takes place over that man’s dance. All categories, all abstractions developed by civilized life may become expendable, insufficient – it simply revels an impersonal dimension of emptiness experienced by him. A vitality emerges, an impersonal presence that relates and fills body with anima nature. He becomes it: the codes are undressed and language gets naked, both uncovered in their poverty towards a world of animality and the uniqueness of things. This wild sheep dance opens up a relationship with the world which is not different from artistic creation, where life and fiction become indistinguishable.

THE QUIVER MADE OF FLESH  by Catarina Miranda

Scenic construction from the relation of a space and a body that inhabits it. The mediating place of this zoomorphic transposition, is crossed by movement and air, where an object, a skin, subject of a metamorphosis process is impregnated with life, generating a state of vitality. Process that follows the study about Japanese Folklore and Classic Dance Theatre (Aomori, Buyo and Noh) combining cosmology with gesture vocabulary along with the occupation of “enclosure” spaces, revealed by the relation between light and shadow on stage. 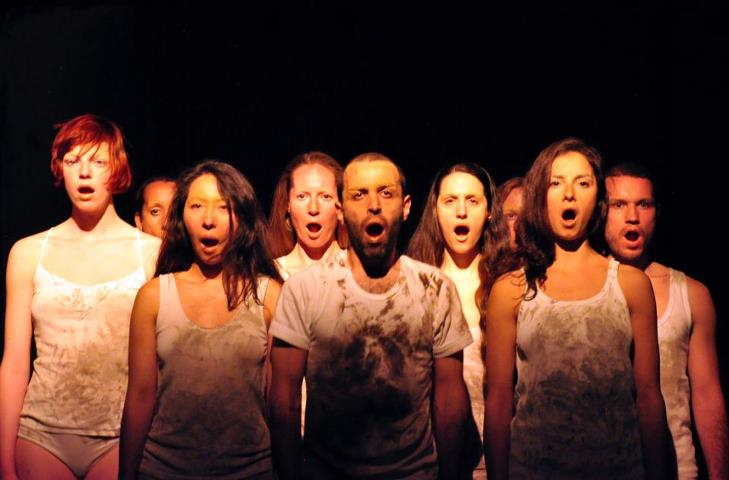