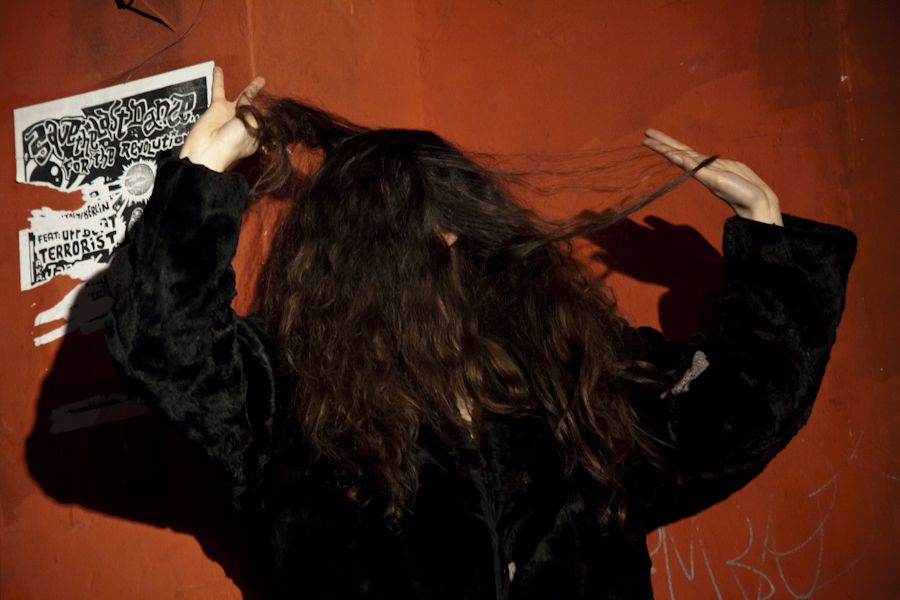 I’m presenting a small “work in progress” during the Contradictory Evenings. It will be a short fragment of the catalan poem Coral Romput wrote by Vicent Andrés Estellés.

The poem is recorded by Ovidi Montllor (voice) and Toti Soler (guitar accompaniment).

I’m exploring how our memories are distorted after idealize images, situations or people that have meant something in our lives.
The sensuality of memory: Dominique.

The Contradictory Evenings are nights of Cabaret that talk about a particular topic. This time: sensuality.
We call these evenings so “contradictory ” because although the issue is common, each participant shows a different view of it, different interpretations, different opinions which sometimes contradict each other.
There will be performances, concerts, installations, videos, poetry, theater improvisation, and even karaoke! 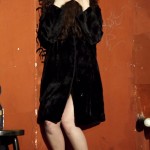 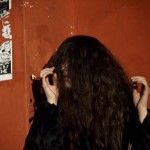 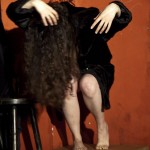 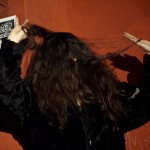 We could start working on this piece thanks to the support given by the Spukkomune in Berlin and their program of Residences for artists (Luftschnitt#11 ).

On the forth and fifth of September 2010 we could show there our work in progress after one month of research. Thus, we were able to exchange with the audience a variety of points of view and constructive criticism in order to improve the future of the piece.

The original idea of it comes a year before all this, in Barcelona, after working with the choreographer and teacher Andrés Corchero, who directed our last works in the Institut del Teatre de Barcelona (El mundo de los simples and Cos a cos).

After this great experience, we will kept on researching around movement, composition, rhythm, space and how to put into practice all this in a theater piece. All this new inputs have been feeding our work  and are still now the engine of it.

A room, a space which is almost empty. Three women and the night in common; three different stories and the need to express what lives inside them. Two  narcoleptic and an insomniac. Opposite stories but the same desire; to rest. During the length of the piece these three women are going to create images of their distressing everyday lives; images which will appear and disappear as if they were nightmares or night visions.

Maybe because of the hallucinations they suffer and the mess of feelings they have, perhaps because they all feel unable to find a solution to their problem, or due to their common struggle to rest. Perhaps out of the confusion they share during daytime. For all these reasons and despite the inconveniences, these three women will finally build a home out of  the space and the time they have. Throughout the piece, they are all going to project their desires and hopes on a white wall in the room.  There, they will draw the picture of what they want, an image that’s going appear gradually during the length of the piece. Their bodies will fall as a sack of potatoes, switch themselves off, throw themselves to voidances but they are not afraid of the night and will keep on dancing between light and shadow.

Narcolepsy is a rare syndrome of unknown origin, characterized by an entry in the REM phase immediately after sleep onset or after a nocturnal awakening, anomalous fact that explains why, strangely, narcoleptics often remind  all the dreams they have.

The term narcolepsy (meaning attack or crisis of drowsiness) was first used in 1880 by a doctor named Gelineau to name certain irresistible episodes of sleepiness, short-lasted, which appeared in small time intervals. Galineau didn’t describe all the characteristic symptoms of this disease, but he realized that “sleep attacks” made the patients occasionally  fall (or crisis of cataplexy, as we say today).

Narcolepsy is a chronic (once you get it, it lasts forever),  affecting two to seven people in ten thousand, out of which most are men.  It can appear until the  sixties, but more often it is detected in the twenties and thirties. 88% of the people who suffer the first symptoms develop it before they’re thirty-five.

It is not clear which are the causes of the disease. However, recent studies reveal that there may be a relationship between narcolepsy and a disruption of the monoaminergic system, which regulates the transmission of brain impulses. What it has been clearly demonstrated is that in half of the cases, there is a genetic predisposition to this syndrome.  Approximately 50% of the cases, some circumstances of stress or a schedule change that creates a serious lack of sleep acts as a trigger of symptoms.

The main symptoms of narcolepsy are excessive daytime sleepiness and cataplexy. There can be  also  hallucinations and sleep paralysis.

Over the years the symptoms of narcolepsy usually decrease slightly in intensity, but they never disappear completely.

During the day and as a result of a strong emotion  (fear, laughter, anger, surprise …), the narcoleptic suddenly loses muscle strength, completely or partially, to experience an attack of cataplexy. Cataplexy is the second symptom of narcolepsy and appears usually three or four years later that the sleep attacks.

These episodes usually happen from ten in the morning until nine in the evening, and depending on the time it takes place and the emotion that has trigger it, it can last  a few seconds or a few minutes and it never causes a loss of consciousness. However, in exceptional cases can last up to thirty minutes. In this case, they are followed by periods of sleep.

The emotional cause that triggers the crisis does not match at all narcoleptics. In some people is the joy or laughter unexpectedly after a funny phrase, in others the thrill of racing a sport, or fear. Some situations that can cause anxiety can also trigger attacks; talk to strangers, ask for directions or for help  can be difficult issues for  narcoleptics. For this reason, these people end up feeling inferior, experiencing shame to the others or try to avoid uncomfortable situations very often.

When the crisis is partial usually affects the neck muscles of the face and also causes irregular breathing. When narcoleptics get excited for some reason, it is very common that their faces seem to  “break down”,  as if her facial muscles lose strength, leaving them unable to speak for a few seconds.

If cataplexy affects the muscles of the trunk and arms, prevents certain movements with precision. When the crisis affects all muscles, the cataplexic can fall to the ground, with the consequent risk of fractures and bruises.

In dogs with this disease it is observed that the sight of food (emotional cause) make them fall to the ground (episodes of cataplexy) and sleep (sleep attacks).  It is shown that the lack of strength (or muscle weakness) experienced by narcoleptics is very similar to that of REM sleep at night. In fact, it is as if the person had been suddenly plunged into this kind of dream.

The paralysis is often accompanied by dreams that can occur when falling asleep or, more rarely, when waking up again. During these hallucinations,  narcoleptic can get to see disproportionate, incoherent and spooky nature images. Some people explain that they are “out of themselves”, while others say they have referred to animal or human images that appear and disappear abruptly. Some also claim to have had auditory sensations, sensory or olfactory.

Narcoleptics often feel the urgent and sudden need to have some minutes of sleep, especially when  environmental conditions  are relaxed and monotonous.

In spite of the effort, they can not avoid falling unwillingly asleep.  After sleeping, they notice an active and eager to go back to with their tasks.

At night, these people have a very inconsistent sleep, with some brief wakefulness, but in the morning they feel strong enough to start the day. However, after several hours of activity, the feeling of drowsiness invade them again and doesn’t disappear until they get to sleep a few minutes. This torpor is responsible of the decreasing level of attention, memory lapses and their changeable role at work or school.

“IN Nächten und Händen” is a piece with only a few text; this responds to our original intentions of building a theater piece based on silence.

“It is about an omission for the revelation, a omission which means, an emptiness that draws attention to itself and produces expansion of other stage signs, becoming a decisive agent of its great current mobility, the mobility of the theatrical gesture”.

The structure is basically build out of physical actions, images or  texts on which we have been working and afterwards develoing in order to create the final structure. A structure which is more based on associative thinking rather than to a common dramaturgical line. There isn’t any text which helps the one who’s looking to understand what’s happening; they understand being all the time aware of the actions, of what’s actually happening here and now. Thus, the understanding comes from a different source; the observers have to create their own “cause and effect” line in order to understand  the things that are  happening  on the stage.

The performers do things, we do very precise things. However, maybe the observers don’t see the things we do but other things; maybe the things we do take a different meaning for them, a more personal meaning. We give inputs and the audience transform them.