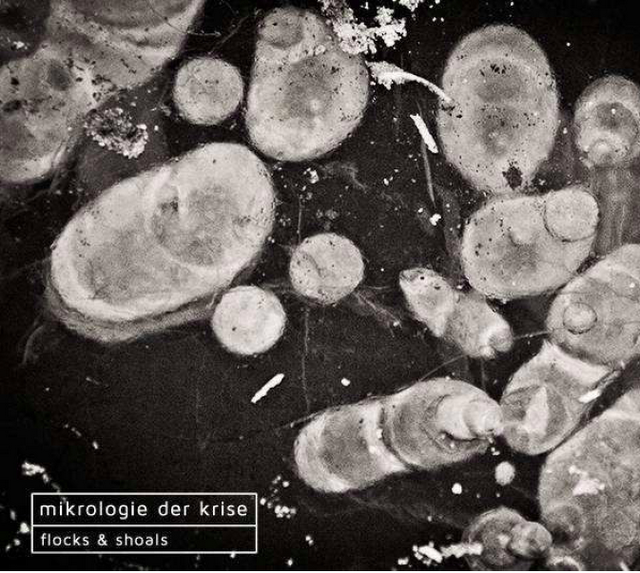 Flocks & Shoals developed since 2010 performances that deal with the presence of the body, the presence of groups and masses, light choreography, real time construction and uninterrupted cyclic dynamics in space, leading to a change in the perception of the viewer. We have developed approaches and forms of movement that are based on the the idea of swarm movement and collective intelligence.

In MICROLOGY OF CRISIS we examine hidden phenomena of crises, below the surface deteriorating situations, moments of transition from one state to another. Crises develop slowly or quickly, without being noticed before, and then suddenly start to appear. The sudden collapse in existing structures leads to a temporary instability, which opens a space in which everything is possible and nothing is decided. This transition contains always a residual uncertainty within rules and structures. This residual uncertainty unfolds between continuity (persistence / renewal) and discontinuity (break / jump) its effect.

“Within the asexual organism a there was continuity. When aa and aaa appeared, the continuity was not immediatly done away. Weather it vanished at the beginning or the end of the crisis is unimportant, but there was a moment of suspense. At that moment, that which was not yet aa was continuous with aaa, but the plethora is what initiates threatening this continuity. The plethora is what initiates the glide towards the division of the organism, but it divides at the very moment, the moment of the glide, the critical moment when these two beings about to become seperate any minute are still not yet so. The crisis of seperation springs from the plethora; it is not separation yet, but a state of ambiguity. In the plethora the organism passes from the calm of repose to a state of violent agitation, a turbulent agitation which lays hold of the total being in its continuity. But the violence of agitation which at first takes place within the beings continuity calls forth a violence of seperation from which disconiuity proceeds. Calm returns when the seperation is complete and two distinct beings exist side by side.” (96)

“Reprouction implies the existence of discontinuous beings. … Each beeing is distinct from all others. His birth, his death, the events of his life may have an interest for others, but he alone is directly concerned in them. He is born alone. He dies alone. Between one being and another, there is a gulf, a discontinuity.” (12)

„existence itself is at stake in the tansition from discontinuity to continuity. Only violence can bring everything to a state of flux in this way, only violence and the nameless disquiet bound up with it. We cannot imagine the transition from one state to the another one basically unlike it without picturing the violence done to the being called into existene through discontinuity.“ 17

„We are discontinuous beings, individuals who perish in isolation in the midst of an incomprehensible adventure, but we yearn for our lost continuity.“