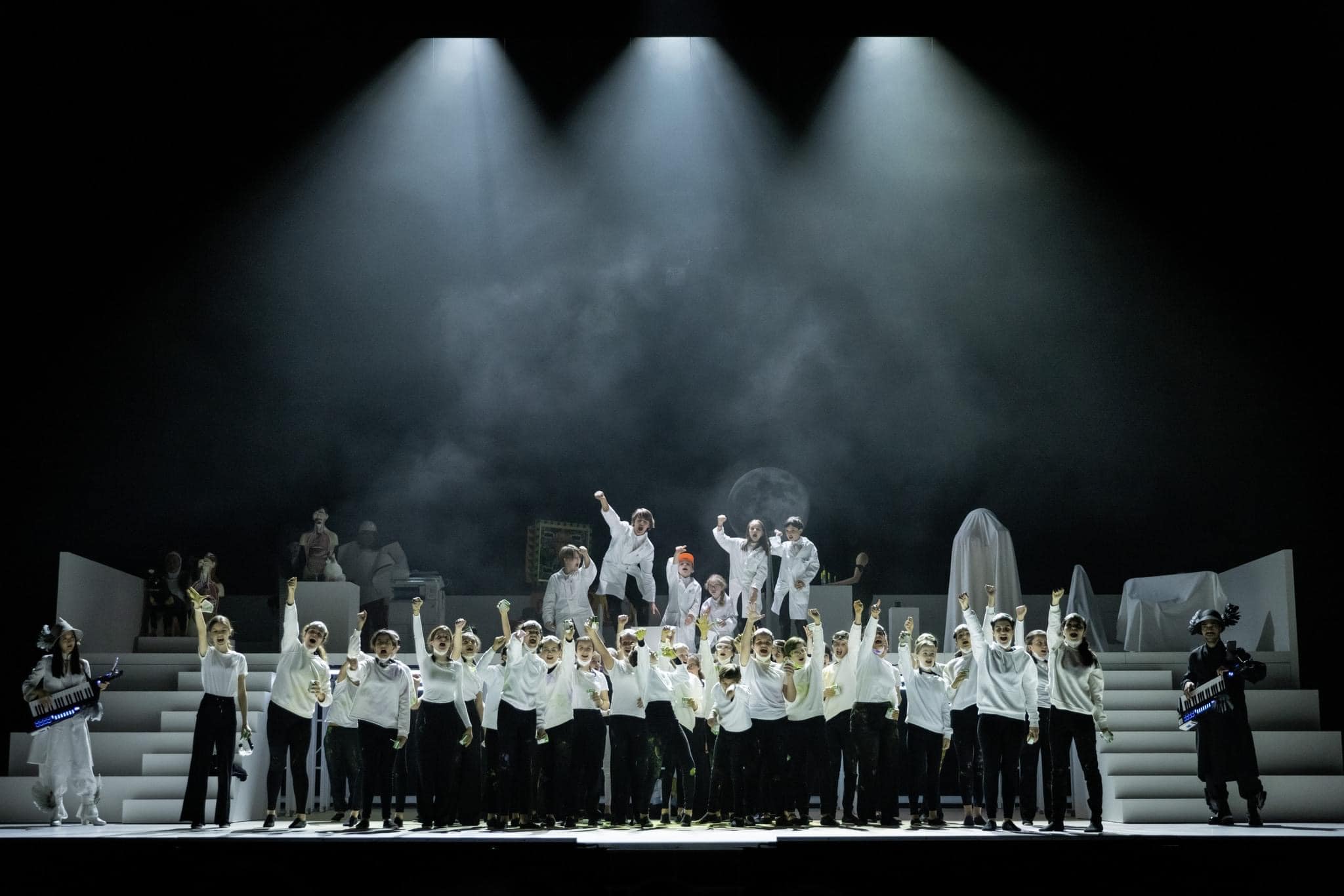 Friday from Light is the opera of temptation:  the temptation is to use the body as if it were a musical instrument, the temptation to turn one sound into another.  A special interest for Karlheinz Stockhausen is the focus on the way sound moves through space, creating mobile sound in relief.

Freitag features three musical dimensions:  the first, Weltraum, is a composition for electronic music by Karlheinz Stockhausen which he produced in his studio.  The second has twelve scenes of ballet performed by twelve pairs of dancers dressed up as everyday beings and objects.  The third has dramatic action involving the main characters in the libretto and their respective children.

Large flames lighting up the foyer are from candles that gradually melt away.  The electronic music of Weltraum can be heard not only in the foyer, but also in the auditorium.

Eve and Ludon (a new personification of Lucifer) meet, and Ludon offers her the hand of his son, Caino, but she hesitates.

Eve agrees, and the children play a tutti.  Ludon goes over to the choir and sings with them.  When Ludon and Eve are left by themselves, Eve finally agrees to wed Caino.

The next scene occurs at night.  A lake can be seen shimmering in the moonlight.  Eve meets Caino and, in union, they sing a sensual duo.  Eve leaves him, sailing away on a ship;  a red comet crosses the heavens;  and Michael, betrayed, utters a heart-rending cry.

A battle is being waged between Ludon and Eve’s children;  some fall down wounded.  Just as Eve’s children appear to be winning, a flying rhinoceros comes to the rescue of Ludon’s children.  They all disappear in great commotion and fury.

Eve while praying, sees a vision of Michael, then, further in the distance, a divine light.

As was the case for Friday Greeting, the work Weltraum can be heard in the foyer and other parts of the building.  The audience walks out into a strange orange-tinted haze. 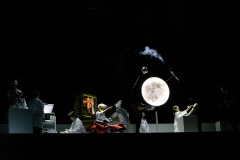 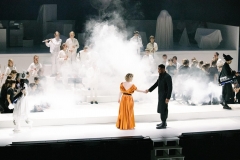 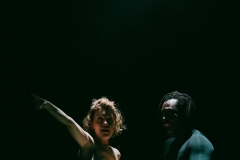 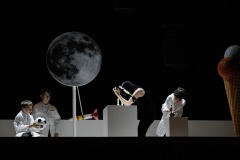 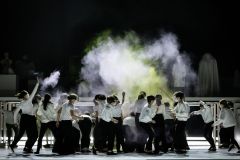 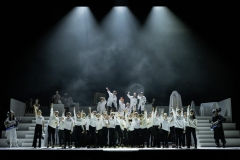 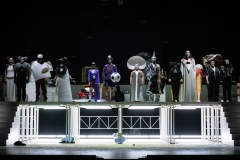 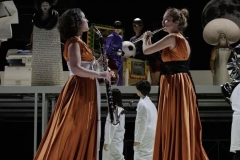